No, Really, Add Bing Ads To Your Paid Search 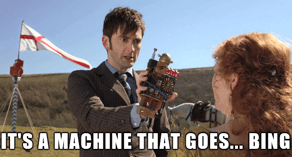 I’m a very skeptical person, but I’ll always reevaluate my position in the face of new evidence. When I first started working with paid search channels, I didn’t believe that anyone really clicked on a search advertisements, then I saw the clicks and conversions. I started working with banner advertising in the Display Network and never thought that it could actually bring a customer in, but then I saw the abandoned shopping carts turn into revenue with the use of Google’s remarketing targeting.

My experience with Bing Ads had always been negative, regardless of the product or service I was advertising. Broad match might as well be random match. Even phrase and exact match didn’t seem to be focused on my keyword strategy. Budget, in Bing, was a four letter word. Google always advised of the possible 20% budget overage, but the overspend never seemed that severe and it was never Bing’s 100% or more overages. It’s hard to consider Bing Ads a viable channel if the best case scenario was reaching a mere 20% of the search market. Perhaps the most annoying aspect was the user interface. Even if your account was perfect in design, it could all be undone with a single click in the poorly compiled Bing Ads Editor. WIth so many wrongs, it may seem impossible to add up to a right. Why spend a dollar with Bing when you could make that dollar matter in Google AdWords? Who uses Bing for anything other than late night searches? That used to be me. Now, I make sure there’s a few bucks left in the budget for Bing. Here’s why. 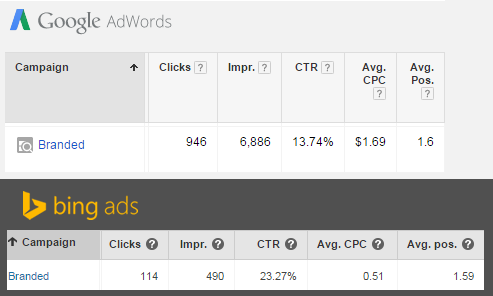 The phrase “low hanging fruit” is thrown around often these days to describe low effort wins, but I’m not going to use it to describe Bing. Bing paid search is even easier than that: it’s the fruit on the ground. If you’ve tried Bing Ads in the past, or if you’ve never used Bing Ads before, you will definitely want to import your existing AdWords campaign into Bing today.